The episodes open up with a octopus-looking alien gets lost and accidentally flies his space ship through an asteroid field. He starts to panic as asteroids start hitting his ship. The alien gets on his radio and starts making a call for help when the Dogstar ship appears. He waves them over, and the Dogstars immediately get to work to clear the asteroids out of the way. When Bulldog asks the alien how he managed to get himself stuck, the alien answers, "I took right turn when I should have taken a left," and then reveals that it is his first day on the job.

Meanwhile, the Dogstars and Krypto get to work on clearing away the asteroids. But as they wrapping up, trouble strikes when Tusky Husky drills through the last asteroid. Without warning, his tusk suddenly gets stuck in the asteroid and breaks off, catching everybody (including Tusky himself).

When they return to the ship, Tusky Husky reveals that it was only a baby tooth and that where he comes from, it takes a long time for teeth to grow in. Brainy tells him that he won't be able to go out on any missions until his new tooth grows back in. The Dogstars then start to through out suggestions about what Tusky Husky should do with his old tooth when Krypto the remembers that whenever Kevin lost a tooth, he would leave under his pillow for the tooth fairy, and she would take it and leave him some money. Tusky and some of the other Dogstars find this to be an interesting idea, and Tusky decides to put his old tusky under his pillow to see if the tooth fairy will come and take it.

What the Dogstars don't realize is that Snooky Wookums had sent in a prob to go spy on them, and it had recorded everything. When she takes the prob back to Mechani-Kat, who is caught up in some "very important business", and she shows him what the prob recorded. A hologram plays, showing Krypto explaining the tooth fairy, and then shows Tusky Husky extracting his tooth from the asteroid. Mechani-Kat is delighted at learning that Tusky Husky has lost his tooth, and briefly explains that his tooth is virtually indestructable. He then starts to form a plan to steal the tooth. Snooky points out that the tooth is on the Dogstars ship, but Mechani-Kat hints that Tusky Husky is expecting the tooth fairy.

Mekanikat who has Tusky fooled leaves him money, but Tusky wants a new tooth instead which the fairy promises falsely. Mekanikat's plans go through perfectly, but he has other things in store as he intends on using the tooth against the Dog Stars as a missile. Mekanikat's plan goes through with flying colors as the Dog Stars just can't destroy the mighty molar, but luckily Tusky's new tooth comes through and he saves the day destroying the tooth and saving the day Back on the ship Tusky husky. says he can't help think that when mecnanicat hit his mouth. wand it helped is new tooth grow when it did. But the Dog Stars get the last laugh when they post Mekanikat in Tooth Fairy costume all over the galaxy as one last payback mecnacat humiliate d got sto hde in his room when leave s snooker chuckle to herself ending the epside. 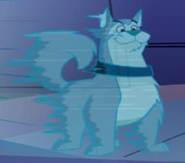 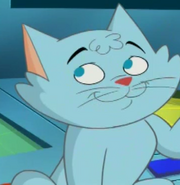 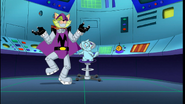